North Lands Creative is a unique studio organisation and is one of the world’s most prestigious centres for the study and development of glass as an artform, providing excellent facilities, opportunities and inspiration to artists working with glass from all over the world. It also offers a highly visible and accessible programme of talks, events and education activities around the studio and gallery which engages visitors with artists and artmaking.

Located just south of Lybster, the studio itself is located in a converted Oatmeal Mill and is the studio of Ceramic artist Jenny Mackenzie Ross. Visitors are welcome, and Jenny has  a small gallery alongside her workshop. Whatever is current in Jenny’s  work is also on display and for sale in the gallery.

The centre tells the story of one of Scotland’s oldest clans, from its Norse origins to the present day. Explore the history and heritage of Clan Gunn and discover where it fits into the Highland history of Scotland. The heritage centre is housed in the old Parish Church, Latheron which was built in 1734.

The Whaligoe Steps are very steep with unprotected vertical drops into the sea; great care is needed when descending the steps. The Whaligoe Steps is a man-made stairway of 365 steps that descend to what was a naturally formed harbour between two sea cliffs – once a landing place for fishing boats. The steps are located just south of the town of Wick. They date originally from the mid-18th century and were once used by fisherwomen to haul up the heavy baskets of herring landed at the harbour beneath. Crews of women, some in their early seventies, would gut the fish and would then carry them up the steps in baskets to be taken on foot to be sold in Wick, some 7 to 8 miles away. Although a popular attraction today, ‘Whaligoe Steps’ is notoriously difficult to find as the steps are not signposted on the main road. Sea birds’ nest in the cliffsides and circle on the wind down to the water. A sea cave provides another opportunity for exploration.

The steps were repaired early in the 19th century and again very recently. The late Etta Juhle maintained the steps throughout her life, and she cleared about 30 tons of rubble by herself in 1975 after a landslip. David Nicolson of Ulbster has worked continuously on the steps along with many other volunteers. ‘Whaligoe Steps’ has won the Shell Best of Britain award twice. In 1808, seven boats worked Whaligoe. By 1826 their number had risen to twenty-four, but thereafter declined rapidly.

Discover the story and amazing history of the picturesque port of Lybster at Lybster Harbour and Visitor Centre.
Enjoy a range of interactive displays, dynamic graphics and sculptures at the Lybster Harbour Visitor Centre. Watch birds nesting on the Caithness cliffs by live remote CCTV and discover the story of Lybster and the development of the fishing industry. Explore the past in the smokehouse, restored to exactly how it would have been in the 1800s.
Outside, explore the harbour and watch the local fishermen going about their business. Relax and enjoy a refreshment in the cafe while watching harbour life.

Lybster Harbour was recently used as one of the locations for the filming of the award-winning Netflix drama The Crown.

Stand among two of the oldest stone monuments in Scotland – a pair of Neolithic tombs originally built more than 5,000 years ago. Although they have been reconstructed in modern times, the Grey Cairns of Camster provide a fascinating insight into Neolithic funerary practices.

The monument consists of a long cairn and a round cairn. The long cairn has two internal chambers and the round cairn a single chamber with three compartments.
The cairns are hauntingly sited on a windswept moor, in the middle of the famous Caithness ‘Flow Country’. This lonely location has likely aided the cairns’ preservation, protecting them from the ravages of modern farming.

Probably the most famous beach in Caithness, Dunnet has the most spectacular expanse of golden sands and vibrant blue seas with sands over 2 miles long. A must-see for any visitor to the area, you may even get the whole beach to yourself!

The stunning Castle of Mey dates back to the 14th century but hit the headlines in 1952 when The Queen Mother fell in love with it whilst visiting friends who lived locally. She bought and refurbished it, and it became her special highland retreat until her death. Her grandson, the Prince of Wales, still visits the Castle for two weeks each year in August, the spectacular scenery and local farmland hold a special place in Prince Charles heart, as it did his Grandmother. There is plenty to explore with tours of the Castle available, walled gardens, 30 acres of grounds and a new animal centre ideal for children to visit. In addition, there is a great cafe and shop! Well worth a visit.

If you would like to take a day trip to Orkney during your holiday, there is a short ferry crossing on the “Pentalina” from Gills Bay. This ferry is basic but comfortable and the crossing is just over an hour (in comparison to the longer crossing provided by the Hamnavoe at Scrabster Port). The “Pentalina” docks at St Margaret’s Hope and there are bus links into the main town of Kirkwall. Please check all your timings in advance to get the most from your trip.

Places to Eat Nearby

Couldn’t find an answer to your question? Just drop us a message and we will get back to you ASAP. 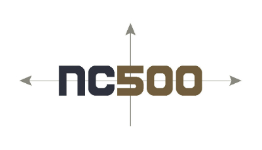